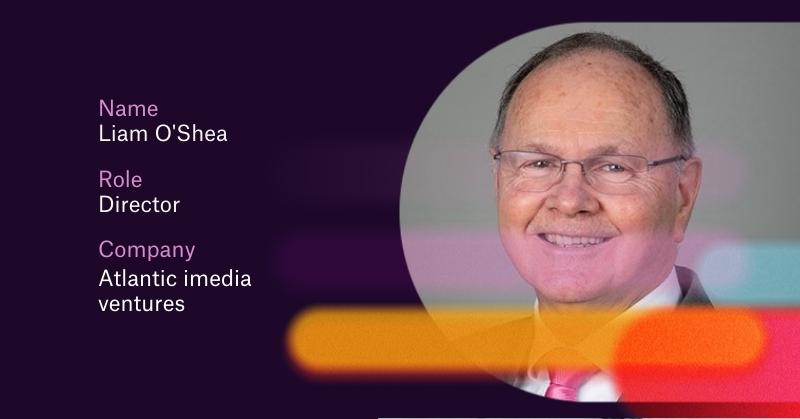 What does leadership mean to you and how do you define it?

I believe that there are leadership qualities in everybody but the challenge is to get people believing that they have it in themselves. I’m a great disciple of Jack Welch, former CEO of GE and one of the greatest advocates of team leadership probably of all time. In one of his books, ‘Straight from the Gut’, there is a quote from one of the participants, who was also one of Jack’s employees and was meeting and listening to him for the first time, ‘‘for 25 years you’ve paid for my hands when you could have had my brain as well—-for nothing’’. That sums up what leadership means to me, empower people, talk to them, listen to them, believe in them and they will not just follow you but they will without a doubt become better human beings and better leaders themselves. One word defines it, inclusion.

What is the most important lesson you have learned, from your personal or business life?

Having being involved with an elite sports team for many years I have found that many of the same issues occur in my business life. As we all know in sport only one team can win the battle so there are many days and nights when we are trying to process losses and what went wrong, etc. So without a doubt for me the most important lessons I have learned in my life, business or personal, is to, at all times, maintain your integrity and to ‘stay going’, no matter how bad things appear to be at that point in time

Is there someone who has had a major impact on you as a leader?

I have been very lucky in my lifetime to have had the opportunity to work with, and to be mentored by, some amazing people, However, the person who had the most profound effect on me was a man named Michael Evans who has now unfortunately passed away. When I returned to Ireland from all my years in the Middle East a chance meeting with him saw him hiring me as the CEO of a radio station, he was the Chairman of the company at the time. He had been my former boss before I had left Ireland but the belief he had in me saw him take another chance and as they say ‘the rest is history’. From him I learned so much about so many things in life and in business but more importantly in how having someone who truly believed in you can make so much of a difference in your life. I hope I’ve done him proud.

Have you experienced failure? If so, what did you learn?

Failure with me in the earlier years of my life was always painful and often. I had to deal with it regularly but I suppose the older I got the easier it became, or at least that’s what I keep telling myself? Understanding it was my most difficult challenge and then trying to analyse the mistakes and failure, whatever it was. Being very honest with myself was also difficult for me as it was always easy to blame somebody else. The biggest learn for me was and is, and I go back to the most important lesson I’ve learned in my life, you just have to stay STAY GOING

Who do you admire in the business world and why?

There is no doubt that there are many many people I admire in the business world but Jack Welch’s success for me stands above everybody else. Grandson of Irish emigrants he battled through all sorts of obstacles and developed a formula for success in GE that included words that for me defines what leadership in anything in life is all about i.e., guts, honour and integrity.

What advice would you offer to new or aspiring board directors?

Understand what your job as a Board Director is. Do not underestimate what your responsibilities are and what Corporate Governance is all about when you do sit on a Board. Make sure you do the Diploma in Corporate Governance as there are way too many Board Directors with little or no knowledge of what is essential to be a competent Board Director. Ease yourself into the job when you do get a directorship but don’t be afraid to ask the ‘stupid’ questions (I do it all the time) understand the Company before taking up the position and very importantly make sure you know your own USP.

If you were able to run one company, apart from your own business, which would you choose and why?

My dream was to be the CEO of the GAA. Having being involved in hurling since I was a child I think I know it all (lol). Seriously, with all my years in business, at home and abroad, having played hurling all my life and having recently being involved at the elite team level I believe I’m the perfect candidate to bring innovation and leadership to the organisation. I think I’m running out of time though??